Work progresses on my novel, which has undergone another title change.  It’s now A Tithe of Blood.

That’s not quite 1,000 words a day, writing every day.  I’m pleased with that, particularly considering it was over the Christmas holidays.

The exciting thing is that as the story progresses, where it is headed becomes clearer and clearer and the major characters are stepping up and telling me more and more about themselves and how they will interact with each other.

I’m a seat-of-the-pants writer, for me discovery of the details has always been one of the best parts of writing fiction.  I can keep those details organized in my head for a short story, but I learned in the first two novels that i wrote — Lifting Up Veronica and August Company — that that sort of thing can be overwhelming in a longer work.

So I did an outline before I began this project, made a lot of notes, too, because as an SF novel, I can’t fall back onto the real world to remember all the little things.

You shouldn’t get the wrong idea.  I don’t have a two-inch-thick stack of index cards or a binder thick with pages.  My outline is 386 words, set up in seven paragraphs.  You know; this will happen here and that will happen there. But for me it is a spotlight brightening the darkness ahead.

Who could have thought that building something with a prepared blueprint could be so much fun.

The pace may pick up, it may slow down (I’ve got a lot of retrofitting to do as new ideas occur), but I am convinced I will have a first draft (probably closer to 75,000 words that the 65,000 I first projected) completed by the first of June 2010.

And I hope to be able to take it to the University of Kansas next July to workshop in Kij Johnson’s Novel Workshop that is a part of Jim Gunn’s annual SF Writers Workshop.

The downside of this whole spiel is that I haven’t written a single word on a short story since the first week in December.

I want to finish the novel, but I don’t want to give up on shorts, so I’m going to strike a balance for 2010.  My goal is going to be 5,000 words a week, with three days devoted to A Tithe of Blood and two days spent on short stories.

If I can maintain that pace, by the end of June, when it’s time to head for Kansas, I will have completed the novel AND have 50,000 words written toward short stories.  That’s nine to twelve stories.  We’ll see how it goes.

8 thoughts on “A Tithe of Blood” 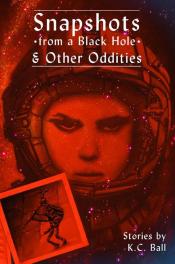 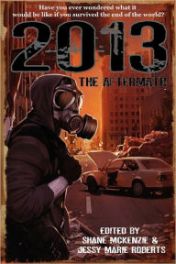